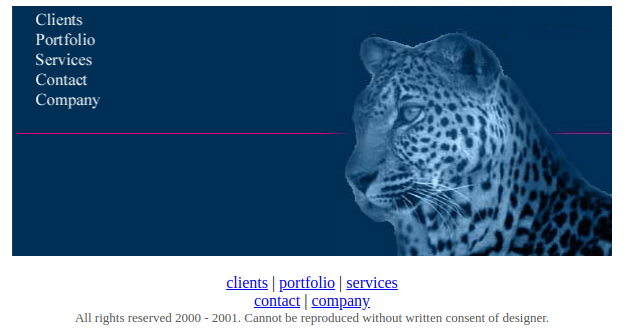 In 1996 started HTML coding in High School. Google was not even a name, let alone a browser, an operating system, a web application platform. Very few features in the early web, Java applets and flash were the cutting-edge technology of the day. This was the website that started it all under my own name. In 1998 I was asked if I was interested in working for the Oregon Public Education Network innovating a piece of technology that would showcase what the internet could do for education. I gladly accepted the invitation.

While attending college in 2000 I took on a volunteer work as I didn't have time to fully devote to another company, even working for LSI Logic as a 40+hours a week, going to college full time, I managed to learn flash and design and develop intros for ForUsNorthwest.org who helps children with AIDs. Help Life line Peer Support build a CRM and phone call in database, and take care of a local dog shelter's web presence.

Even with the work load in 2002 I managed to graduate with a degree and honors. 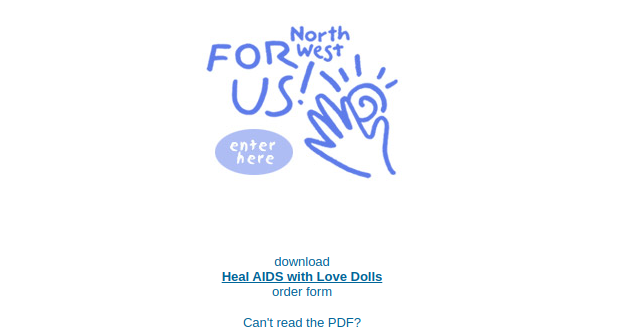 After doing my studies I went into yield data systems engineering for LSI Logic during which I was awarded a company high honor Bravo award and earned the company two patents for software I built;ARPS which is Automated for Reporting Passdown Systems and a process I developed for pad conditioning for APEC Chemical-Mechanical Planerizers. 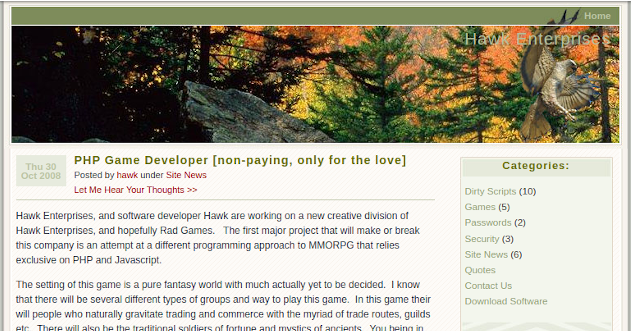 Starting in 2007, I developed a tutorial website and blog under the name Hawk Enterprises. I continued to create websites for clients as well as build my own network of websites. Despite working in the cutting edge of industry for LSI Logic, folks of the older generation were still calling the internet a 'fad'. Certainly hilarious today, but the juxtaposition during that era made talking to anyone outside the industry difficult at best. Thankfully business minded folks saw the future of innovation. this is where I got to add the big names of Nike, Intel, and Hewlett Packard to my list of clients. 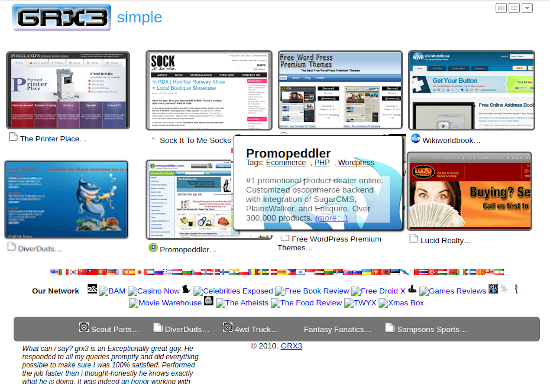 2012, The world was suppose to end, or so said the Mayan Calendar. We instead double downed on the internet, banking over 100 domains that year. Domain harvesting was in, building micro-sites were the thing, and trying to turn money via ad revenue through Google and Yahoo. I as many developers had, turned to auto-content, quick install Adsense ready Wordpress sites attempting to capture keyword niches and mine untapped ad revenue. Lots of writing of data scrapers to mine premium content and insert/stuff keywords and random content into pages to hopefully get search engines to recognize it as original and thus an authority on the subject. Certainly the more gray hat side of Marvel Hawk.

2018 Marvel Hawk is under way, it's time to bring back up my side hobby and that is Minecraft. Marvel Hawk lends itself once again to GRX3 under the Minecraft title and work begins on bring that back. Developing PHP based daemons that work for all of Mojang's Minecraft and delivering to the community another way to manage their servers.